Promise is debt. Even if you have to drive a few hundred kilometers. And so on Sunday December 16th, a delegation from the board of CantaRode went to the Flemish city of Oudenaarde, to hand over the deserved prize to the young ladies’ choir Amaranthe.

The choir won the first prize of our fourth International Choral Festival during the last edition of CantaRode las may ex aequo. However, the organization had only one cup available. That was given to the other winner, the choir of the maritime university of Szczecin in Poland. The singers of Amaranthe were promised that they would receive their prize at a later date.

After the premiere of their three Christmas concerts in a crowded St. Joseph’s Church in the home base of Oudenaarde, the prize was awarded on Sunday. In the previous hour, the singers of Amaranthe had once again proven during a fantastic concert that they were more than worth the first prize. The ‘cup’ was then received with loud applause by conductor Johannes Dewilde. 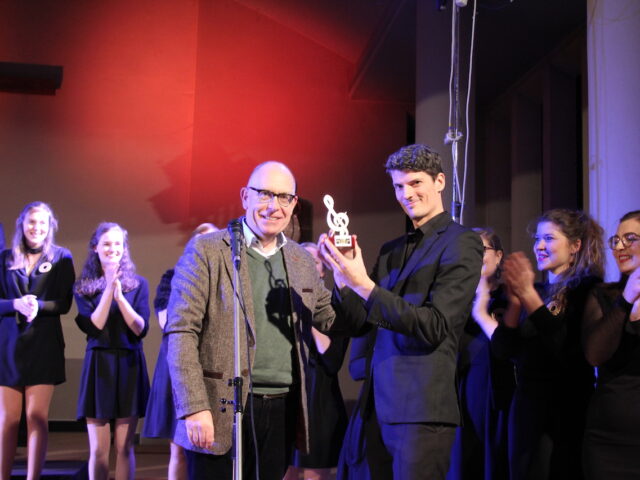