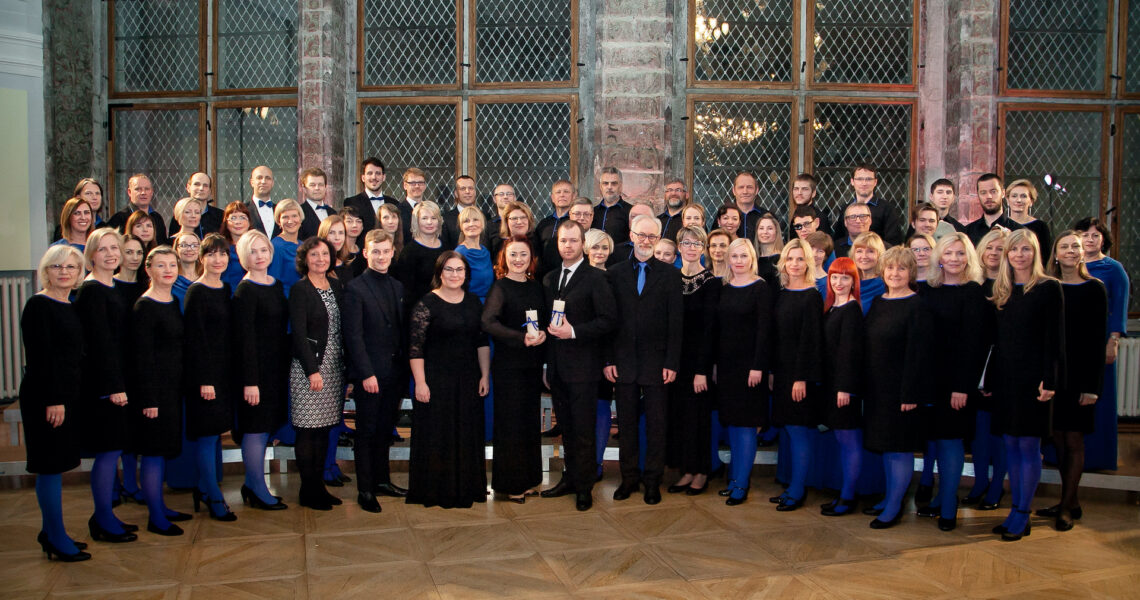 Mixed choir K.O.O.R. first came together in January 2012 and has been active in both rehearsals and on stages ever since. The members are long-time musical partners of conductor Raul Talmar. The choir’s first concert, which took place after the rehearsal camp at Kõue Manor, revived Estonian choral music from the 1960s and 1970s. Since then, K.O.O.R. has performed dozens of concerts on different occasions in different locations. In 2013, K.O.O.R. participated in the 13th International Choir Festival ‘Tallinn 2013’ and won the second prize. Many more awards followed in the following years as well. In April 2016 at the ‘Cork International Choral Festival 2016’ they received the Heinrich Schütz Award.

Conductor Raul Talmar is the founder, spirit and artistic conscience of the choir. He graduated as a choral conductor from the Tallinn Conservatory in 1982, has been working as a conductor for 35 years and has appeared before many top Estonian choirs. He sang in the mixed choir Noorus since 1977 and was the choir’s principal conductor from 1991-2012. Currently, he conducts the mixed choir K.O.O.R. and the Tallinn St. Charles Church Concert Choir. Previously he worked with the Academic Male Choir of Tallinn Technical University, the Male Choir of Helsinki Commercial University, the Female Choir of Klementi Sewing Factory, the Pärnu Mattone Chamber Choir, the National Girls’ Choir Leelo and the Tallinn Russian Choir. In 2011 he was artistic director of the Estonian program of the ’16th Gaudeamus Students Song Festival’.