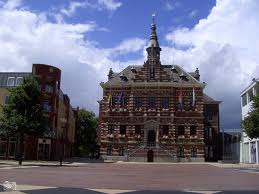 Kerkrade is known far afield as a city of sound, culture and attractions. The many music societies, the scores of works of art in the city and its specific cultural traits form the breeding ground for thecity’s rich and varied cultural life. Kerkrade is host to two music festivals generating national and international pulling power: the World Wind Music Contest (WMC) and the Orlando Festival. Kerkrade is well-known not only for the music, but in recent years it has also built up a reputation as a city of attractions.

Attractions and places of interest
Kerkrade has a broad spectrum of activities and places of interest. GaiaZOO, Discovery Center Continium, Rolduc Abbey and the Parkstad Limburg football stadium have put the city on the map. Finally Kasteel Erenstein is another lovely place worth visiting. This 18thcentury castle is situated at the edge of the Anstel Valley.

Nature
Kerkrade has lots of green areas to spend quality time in. The various residential centres of Kerkrade have grown historically around former coal mines. They are linked to one other by stream valleys with woods, water and farmland that endow visitors spending time there with a feeling of space.

Mining past
One special aspect of the history of Kerkrade is formed by coal mining. Kerkrade was the oldest mining town in the Netherlands. Coal was being mined here as far back as the Middle Ages. The mining history in the twentieth century would ultimately define the image of the whole region.

Since the closing of the mines in 1965, there has been little left over in Kerkrade of that ‘black’ history. The former mining sites were restructured in the “black to green” operation. On the Market Place is the miner’s statue ‘d’r Joep’, The Nulland Shaft has been rebuilt into an atelier and the sites where the slag was once dumped have been transformed into green walking areas.