During the Choir Festival CantaRode at the end of this month ten international top choirs from all parts of the world will visit Kerkrade. The opening concert will be performed by Calmus, one of Germany’s most famous vocal ensembles from Leipzig. Altogether over 500 singers from 55 different choirs will take part in the festival. The choirs come from all parts of the world: from Norway to the Philippines and from Brussels to Moscow.

The choir festival Cantarode will take place in Kerkrade from May 30 to June 2. This year will be the fifth anniversary of this international choir festival. The core of the festival is a competition during which choirs from Belgium, Lithuania, the Netherlands, Norway, the Philippines, Germany and Russia will compete. On Friday, 31 May and Saturday, 1 June they will compete with each other in Theater Kerkrade. The choirs will be assessed by an international jury of top conductors and musicians. Note that the participating singers are all amateurs, who perform, however, on a very high professional level. Anyone who would like to attend this competition, is more than welcome. Tickets can be purchased via Parkstad Limburg Theatre or at the box office of the theatre.

Apart from the competition several other concerts will be held in Kerkrade and its surrounding area. On Thursday evening, May 30, the festival will start with a concert, performed by the Calmus Ensemble from Leipzig. Calmus is one of the best vocal ensembles of Germany. Although the five singers of this ensemble have performed all over the world, this concert in Kerkrade will be their very first performance on a Dutch stage. During this concert the choirs participating  in the competition will also present themselves. The opening concert will take place in Theater Kerkrade. Tickets can be purchased via Parkstad Limburg Theaters.   A ticket for the opening concert is also a go-as-you-please ticket for the competition and the closing concert.

Concerts in the region

On Friday evening the choirs will give guest appearances in five different locations in the region. Concerts will be held in Landgraaf, Schimmert, Schinveld, Wittem and in Verviers in Belgium. The foreign choirs will perform together with choirs from the region, such as the Mokla Vocal Ensemble, Men’s Choir Beeker Liedertafel, Choral Society Orange and Crescendo Doenrade.

After the competition on Saturday night, it’s party time. In the courtyard of Abbey Rolduc a so-called ‘singalong ‘ will take place. In an informal atmosphere the choirs will sing songs from their own country, but also international evergreens. The choirs will sing separately, but are also free to spontaneously join in with each other. The audience is free to sing along. Entrance is free.

On the last day of the festival (Sunday, June 2) the American conductor Brady Allred will lead a ‘singalong  workshop’ Carmina Burana in Abbey Rolduc. Singers of dozens of choirs from the Netherlands, Belgium and Germany have already signed up for this. The Dutch pianist Véron Jongstra from Kerkrade and the percussion ensemble of the school of music in Kerkrade will accompany the singers during the rehearsals and the final performance. During three rehearsals some well-known parts from the famous Carmina Burana , composed by Carl Orf,f will be practiced from scratch. Later that afternoon the Carmina Burana will be performed during the closing event of CantaRode, during which the prizewinners of the competition will be announced.

On Sunday, June 2, a workshop will be organized for choir conductors and choir boards. During this workshop they’ll be given the opportunity to discuss trends and developments in the choral world with the international jury. The jury is composed of professional musicians from the Netherlands, Belgium, Germany, Ireland and the United States. Conductors of choirs from the region are also welcome to register for this workshop ‘ Conductors Meet the Jury ‘. 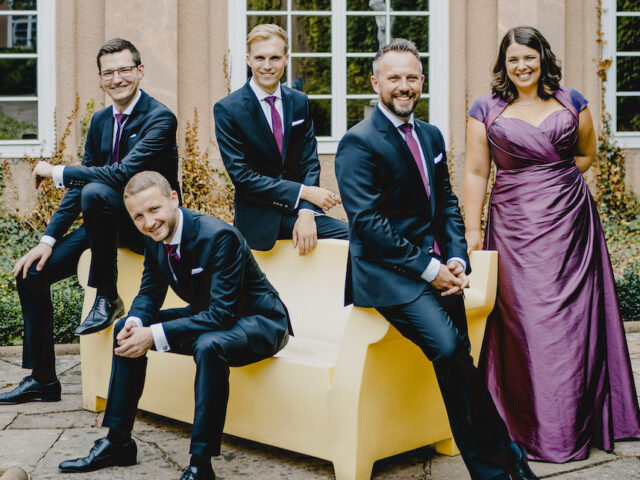