The Chamber Choir of the Detmold Music University in Germany has won CantaRode 2019. That was announced on Sunday afternoon during the closing concert of the International Choir Festival in the church of Rolduc Abbey in Kerkrade. The jury appreciated the performance of the student choir with 930 of the 1000 points to be awarded. The chamber choir from Detmold is led by Prof. Anne Kohler who also received the prize for the best conductor of the festival.

The fifth CantaRode International Choir Festival started Thursday May 30 and ended Sunday June 2. The final concert consisted of a thunderous performance of the Carmina Burana by an occasional choir of nearly 90 singers. They had begun to study the famous work in the morning and performed it in the afternoon under the leadership of the American top conductor Bray Allred.

The prices were announced after the implementation of the Carmina Burana. After the prize from 1 to 9 (there were nine choirs that took part in the competition), a few extra prizes were also awarded.

The official result is as follows

Best performance of a piece of music from the country of origin:
University of the Philippines Los Bano Choral Ensemble, Philippines 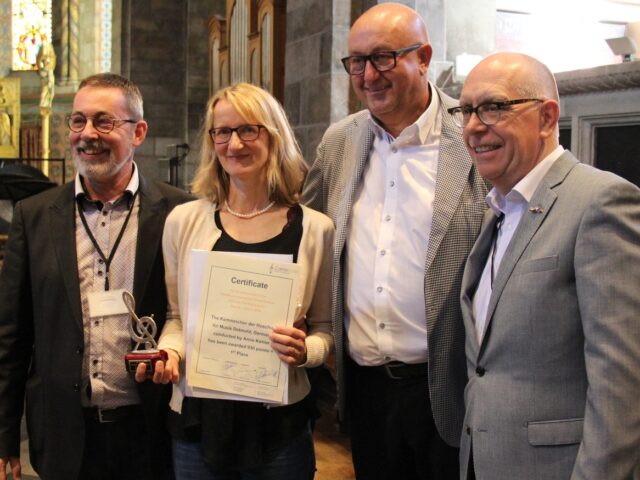