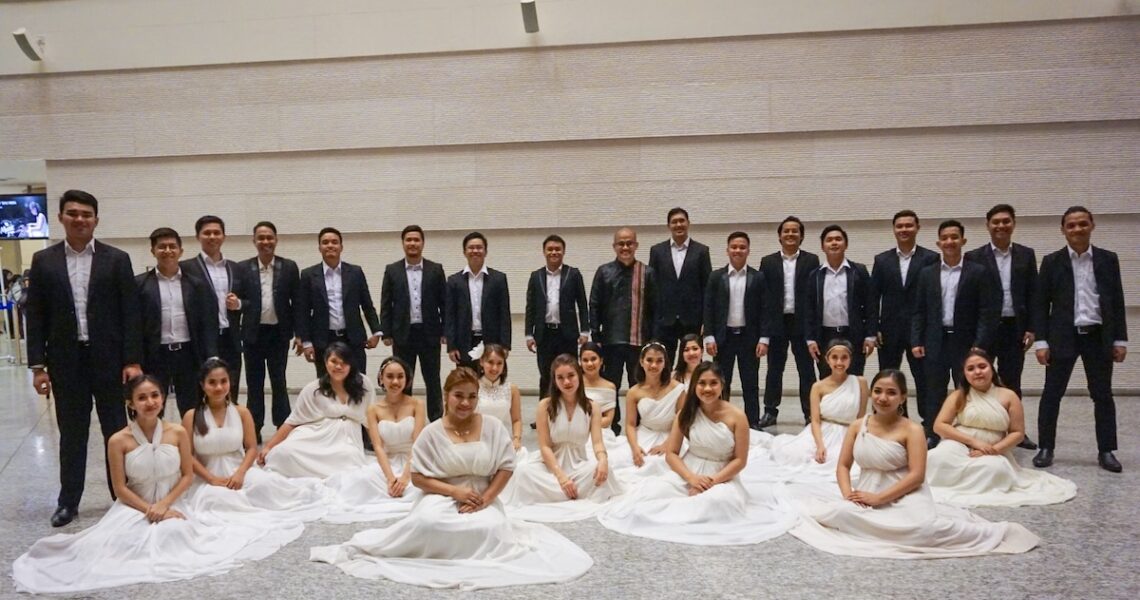 Los Cantantes de Manila is a community choir composed of students, young professionals and devout musicians. LCDM displays the versatility of the Filipinos by performing serious music from the works of Felix Mendelssohn-Bartholdy to the dance music of Beyoncé. Since its foudation in February 2014, the choir has among others been devoted to learning new vocal skills.

His love for choral music started at an early age of 16 when he joined Victorino Mapa High School Youth Choir. It was during those days that he became interested in the fine nuances of the art of singing. In his early college days, Darwin Vargas joined ‘A Cappella Manila’ and was trained by the brothers Rodel and Noel Bugarin.  He became assistant choirmaster in 2004. Since 2005 he conducts several famous choirs in the Philippines. He visited many countries around the globe. In Europe he followed masterclasses with several European teachers. At home in the Philippines he organized a lot of masterclasses himself with famous international conductors. In 2014, Darwin founded Los Cantantes de Manila, a community choir that has its home base in a small chapel in  one of the slums of Manila.