CantaRode 2019 was a great success

The fifth edition of the CantaRode International Choral Festival was a great success last weekend. The many concerts and performances, the competition and the workshops could count on a lot of enthusiasm from both the singers and the audience. The festival started well on Thursday May 30 with a fantastic performance by the Calmus Ensemble from Leipzig. The audience in the full theater hall in Kerkrade enjoyed the concert very much.

The competition took place in the same theater on Friday May 31 and Saturday June 1. For the singers it was exciting whether it could win the jury’s approval. For the audience it was mainly enjoying the beautiful music of the nine top choirs from all parts of the world.

Concerts
On Friday evening, five very successful concerts took place in various places in the region, ranging from the classical harmony hall of Verviers in Belgrium and the historic library of Wittem Abbey to a parish church in Landgraaf and local community centers in Schimmert and Schinveld. Everywhere the audience responded equally enthusiastically.

After the competition, delegations from all choirs were warmly welcomed by the municipal council of Kerkrade. In the town hall the chamber choir from Detmold and the Filipino choir Los Cantantes de Manila gave a mini concert. Alderman Jo Schlangen showed to be proud that such a festival could take place in “his” city Kerkrade. The tension that was built up during the competition came to a release on Saturday evening during the so-called “singalong”, in which all choirs sang songs from their own country. This became a very relaxed evening, with all the choirs singing together.

Award ceremony
On Sunday morning, four choirs honored church services in Kerkrade, Heerlen, Roermond, and Herzogenrath, the German neighbour city of Kerkrade. For the Russian choir that went to Roermond it was even no problem to sing in two celebrations one after the other. At the same time, the “scratch workshop” Carmina Burana had started in Rolduc Abbey in Kerkrade. Around 90 singers from the Netherlands, Belgium, Germany and Norway rehearsed some important songs from this famous composition in a matter of hours. In the afternoon during the final concert they showed the result. This resulted in a thunderous applause in the crowded abbey church.

The festival ended with perhaps the most exciting moment: the announcement of the results of the competition. The chamber choir from the music university in Detmold, Germany, came out as the best. In addition to the regular prizes, five extra prizes were also awarded. 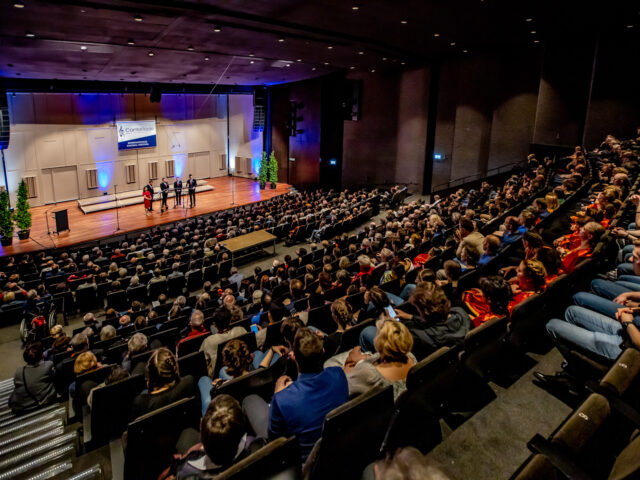 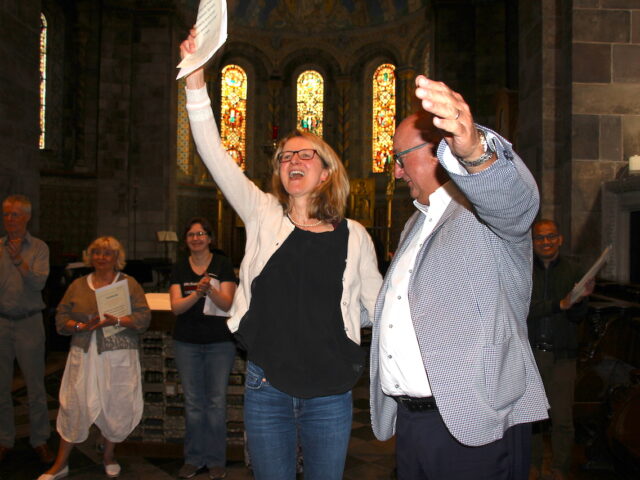 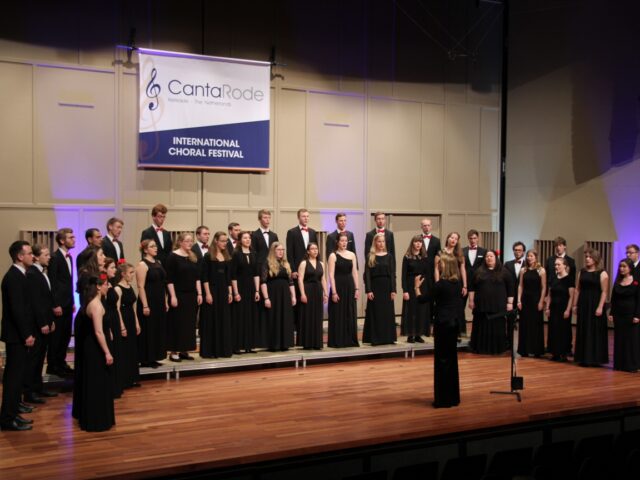 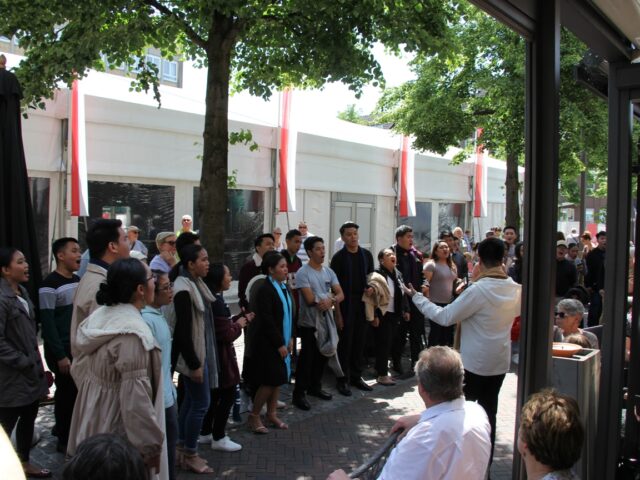